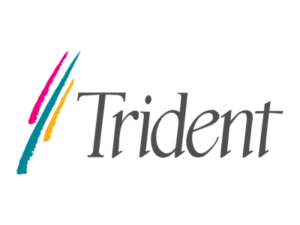 Founded in 1987, Trident Microsystems was a company that designs, develops and sells an array of display processors. Its system-on-chip solutions are designed for the fast growing consumer electronics market, mainly consisting of digital television and AV multimedia products. Though headquartered in Santa Clara, California, the company had sales, support and development facilities throughout Asian locations that include China, Hong Kong, Japan and Taiwan.

The company made a name for itself in the late 1980s with a line of low-end SVGA chipsets. In fact, many OEMs at the time built their add-in boards with Trident chipsets. With the PC graphics market shifting from basic color monitor output to more advanced multi-resolution acceleration, the manufacturer kept themselves afloat by focusing on modest performing chips at incredibly low prices.

Trident caught up with one of its main competitors in the 1990s when releasing the TGUI-9680, a chip with a feature set that rivaled the Trio64V+ by S3 Graphics. The rapid emergence of the 3D graphics card market forced the company to ramp up its offerings, leading to the release of the TGUI-9880 in the late 1990s. While the chip was competitive in terms of performance, companies such as ATI and SiS became dominant forces in the low-end market. Trident enjoyed success with its 3DImage and Blade3D series but that was all cut short as Intel’s entry into the PC graphics field marked the end of the low-end market. In 2003, the company’s graphics division was acquired by XGI.

Even later, in 2010, XGI was then acquired by Silicon Integrated Systems (SIS).

Trident has been an early pioneer in both graphics cards and the semiconductor field with its embedded DRAM products. Today, the company is focused on manufacturing products that deliver genuine digital cinema quality to the masses of home entertainment displays. Trident video controller solutions are relied on by manufacturers such as Philips, Samsung and Sony as well as countless numbers of consumers across the world.

Headquarter in Nettetal, Germany, TerraTec Electronics is a company that manufactures and sells a variety of multimedia products and computer hardware components. Its product line includes computer speakers, mice, webcams, video grabbers and TV tuner cards among others. The company is perhaps best known for its extensive of line of TerraTec sound cards, which offer solutions for the both the low and high-end markets. As of late, it has also focused on producing recording software for musicians as well as digital music converter devices. TerraTec’s achievements in the industry can be attributed to its team of expert R&D teams, highly skilled employees and unparalleled ability to provide market-ready products in response to the ever evolving market trends.

TerraTec was founded in 1994 by Heiko Meertz and Walter Grieger, both of whom remain on board as CEOs of the organization. The company was dominant in the 1990s, thanks to a massive line of high-performance sound cards for PC users. In a very short time, it quickly became the largest sound card manufacturer in Germany, positioning itself as a top-selling company with one of the most profitable brands in all of Europe.

The success of TerraTec sound cards led to the introduction of many new product lines including professional audio systems, graphics cards, multimedia players, internet radio products and home networking solutions. With proprietary innovations such as 4G Sound standards and EWS Technology, the company has demonstrated its ability to be a leader in what has proved to be a highly competitive market.

TerraTec has decided to focus on further strengthening its presence in the international market. The company says that these developments will begin with the expansion of its sales department in Nettetal, a move that will ultimately enable enhanced support for its worldwide partners. Though already established in various markets, the company still believes there is room for more positive growth.

STB Systems Incorporated was an American company that manufactured and marketed a wide range of computer hardware and multimedia solutions. Based in Richardson, Texas, the company once had facilities throughout the United States as well as sales and support offices in London, France and Germany. Its product line included an array of 3D graphics accelerators and other products designed for workstations and desktop personal computers. Over the years, STB has been known for delivering a number of award-winning graphics controllers and developing specialized video device drivers that allowed customers to enjoy the utmost in performance and compatibility. At one time, the company produced products for industry-leading entities such as Compaq, Dell and Gateway.

Originally founded in 1981, STB graphics accelerators enjoyed the status as industry-leading products for quite some time. One of its most successful lines was released in 1994, the MVP (Multimedia Video Processor) series. Out of this line came the MYP3D, an innovative multi-monitor adapter. Like many of STB’s products, this one catered to workstation users in the video editing, industrial and healthcare sectors, offering the ability to drive up to four displays all from a single controller. Such high-performance solutions garnered STB graphics accelerators numerous awards and played a major role in the field of 3D computer technology.

In the late 1990s, the emergence of companies such as ATI caused STB Systems to lose its leading position. Involved in a heated legal dispute with 3DLabs for a breach of contract and various unethical allegations, the company endured financial hardship and appeared to be on the brink of extension. This all became apparent when it was acquired by 3DFX in 1999, which was subsequently acquired by NVIDIA in 2001.

As of now, STB graphics accelerators are no longer developed or officially supported. However, driver downloads for a variety of the brand products are available for download on the web.

Originally established in 1994, PCChips is a well known supplier of motherboards and various PC components. At one time, it was highly regarded as the world’s number one motherboard manufacturer, having expert R&D teams in the Silicon Valley of Taiwan, as well as production facilities in Fremont, California and Miami, Florida. The company lost its position as global leader to ASUS when it started to cater to the entry-level market as well. Over the years, PCChips motherboards have become the preferred brand for markets in the United States and Europe, along with more underdeveloped markets such as South America. Aside from motherboards, the company is also known for product lines that include add-on cards, notebook PCs and backbone computers.

PCChips motherboards dominated the market from the mid to late 1990s. In 1998, it merged with Elite Group Computer Systems, essentially making ESG one of the largest motherboard manufacturers in the world. This merger allowed the PCChips brand name to become more widespread, which is one of the markets ESG had focused on previously. The company released a number of successful motherboards during the 2000s, including the M861G. This low-end socket 754 motherboard features on-board video on the VIA K8M800 chipset, which was often compared in performance to competing chipsets like the NVIDIA GeForce 6100 and SIS 760 760GX. PCChips also made waves with the innovative PC Chips M985G, a motherboard powered by Intel chips and processors.

Today, the PCChips name is mainly viewed as a division of Elite Group Computer Systems, who continues to be a major player in the motherboard and graphics card business. Despite a smaller share of the limelight, PCChips motherboards remain a highly successful brand. In fact, it is still heavily marketed and supported by Elite Group, as well as several third-party online vendors.

PowerVR is a highly successful division of Imagination Technology, a leading provider of innovative solutions that provide for 2D/3D rendering, video encoding and decoding and image processing. In the late 1990s, Imagination Technology was in heavy competition with 3dfx in the graphics card accelerator market for PCs and game consoles. Both companies were eventually overcome by the emergence of ATI and NVIDIA products, graphics cards that proved to perform better in those markets. Today, PowerVR technology is mainly designed for the low-powered market, now frequently incorporated into cell phones and many other mobile devices. Its chips can be found in devices manufactured by Apple, Motorola, Panasonic, Sharp, Sony, and several other companies.

Imagination truly established itself in the graphics card market with the second generation Power VR2 chip. This chip was very successful, as it powered the Sega Dreamcast console from 1998 and 2001. Its third generation, the Power VR3, was adopted in 2001 by STMicroelectronics for its STG4000 KYRO and STG4500 KYRO II chips. The latter was introduced as a low-end product set to rival the more expensive ATI Radeon and NVIDIA GeForce 2, which were dominating the market at the time. However, much like its successor, the Power VR4, this chip quickly lost its luster on the market and never achieved the commercial success the company hoped.

Although its market focus has shifted, Imagination Technology and its powerful line of graphics solutions are still are a formidable presence. The PowerVR line is backed by state of the art R&D facilities and a highly skilled team of more than 500 employees. Imagination maintains close relationships with global partners and customers, with sales office in the United States, the United Kingdom, Japan, Korea and Taiwan. The company continues to maintain a reputable status through lucrative partnership programs and high quality products. 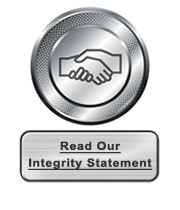