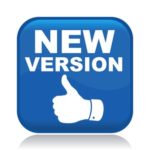 Hi all! We’re excited to announce the latest version of DriverFinder (Version 3.7.2).

Also, you’ll notice that we’ve put up our McAfee Safe and Secure logos everywhere on the site.

These changes have all been done to ensure we are fully compliant with the Clean Software Alliance Guidelines!

As can be expected, the new nVidia driver versions have several performance improvements that will particularly benefit game players. Support and performance of the popular Battlefield game are specifically improved.

New hardware supported in version 285.63 of the Nvidia GeForce drivers:

Of course the Nvidia driver update also includes an updated version of the HD audio driver for the HD audio component on video cards. The new version is 1.2.24.0.

A nice improvement is present in the power saving feature, which is achieved by changing the clock speeds on the graphics cards depending on the graphics demands. The improvements result in faster adjustments of the frequency to ensure no lag of graphics power is experienced. In the same way, downscaling is also faster to save power when possible.

Several bug fixes are also included in version 285.62 of the GeForce drivers. If you have been experiencing video problems with specific games, applications or DirectX, make sure to upgrade the video driver and check for the problem again.

People who like to overclock their video cards, will notice that this option is not present any more in the default Nvidia control panel. Users now need to download the Nvidia System Tools software for that.

Also keep in mind that changing Nvidia driver versions, is always best done by running the installer for the approriate version. Uninstall the previous version, especially when you want to install an older version. The Windows driver rollback option does not work reliably with these drivers. Uninstalling the drivers from the Device Manager will not remove all Nvidia driver related software. Use the Uninstall option in the Control Panel instead.

For the full release notes on version 285.62, please check the nVidia website.

For a quick look at the latest drivers added to the DriverFinder database, please click here for our 24/7 updated driver feed.

As with all new releases, the new GeForce drivers improve performance on many of the video card, particular for gaming. But the drivers also include support for the lates GTX series video cards.

Other improvements in the 266.58 release are the support for GPU-acceleration in Adobe products, including CS5 and Flash 10.1. For Adobe Flash this results in smoother HD video playback from online source.

If you use video cleanup software vreveal, you will learn that the new drivers have direct support for this MotionDSP’s video enhancement software, allowing users to improve the quality of shaky videos and output HD quality video.

For a long time network cards were all about performance. Most of you probably started with a 10 Mbit network card, switching to 100 Mbit later on. Modern computers even have 1 Gbit network cards and servers can use 10 Gbit connections. For wireless network cards a similar summary can be created, using the 802.11 b/g/a/n specification.

But nowadays the network device in your computer is about more than just speed. Speed comes at a cost, particularly due to power consumption. And don’t we all want to go green?

For computers with a Realtek network card, the latest device drivers offer a lot of control on the network speed and power consumption. That way, you can make sure your notebook battery lasts as long as possible.

A few of the settings the latest Realtek network drivers offer:

There are obviously many more settings, not all relevant to network speed and energy consumption. But in all cases, make sure you install the latest Realtek network drivers to benefit from these features.

After the recent release of 260.63 in beta, NVidia has now officially released version 260.99 of its video drivers, supporting their newest GeForce cards.

This release is primarily for Windows Vista and Windows 7, but there is support for other Windows versions as well.

The NVidia Control Panel has also been improved in version 260.99, again simplifying a lot of things, like multi-display support.

This version of the NVidia display driver also adds support for 3D Blu-ray disc playback when the video card is connected to a 3D TV using HDMI 1.4.

For more details, you can check the official NVidia Release Notes.