Although the concept the blocklist is good, the method strongly depends on the quality of the list. It was already found that the blocklist is not including all drivers that need to be blocked. Apparently new Windows versions were being issues a list from 2019! Microsoft already confirmed the issue and will address the problem in the Windows October updates to ensure the list is new and in sync across Windows 10 and Windows 11.

In addition, the block list is now on by default in Windows 11 (version 22H2). It also seems the option to disable the list is no longer present. Is Microsoft finally able to prevent the Blue Screens showing Stop errors caused by drivers?

For people still wanting to disable the list on Windows 11 version 22H2, there might be a workaround through the registry. But it is not an official and documented option.

Use the Registry Editor to find the folloing key:

And create a DWORD Value in it named VulnerableDriverBlocklistEnable with a data value of zero (0). 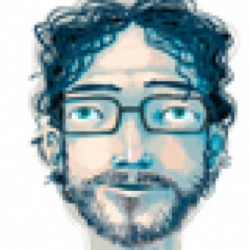 Anthony Danes
Hi Folks! I'm Anthony Danes and I'm a Technical Writer. I have been writing for various tech sites since 2007!

I grew up with PCs and Windows, and have been a full-time programmer in the past. This has made writing about anything 'tech' a natural by-product :)

Hi Folks! I'm Anthony Danes and I'm a Technical Writer. I have been writing for various tech sites since 2007!I grew up with PCs and Windows, and have been a full-time programmer in the past. This has made writing about anything 'tech' a natural by-product :) View all posts by Anthony Danes